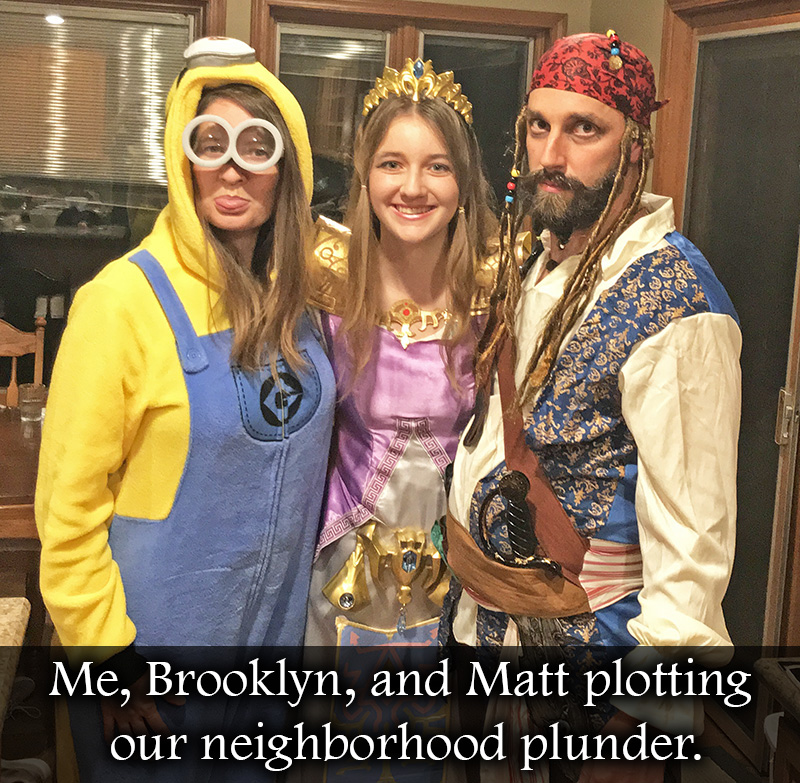 My husband Matt says one of my love languages is movies. He’s not wrong. My dream scenario for an in-the-future Halloween is to spend all evening cozy inside eating warm, delicious food, sipping hot cocoa, and watching a scary movie!

But it is not yet the future. Technically, my plan has three levels.

Level One — our current level.

We decorate, carve pumpkins, leave our lights on to enjoy the little kids arriving at our door all dressed up, and we happily hand out candy making sure each child knows we LOVE their costume! We make the rounds of the neighborhood with Benson, AKA the Grim Reaper, and when the candy and we are exhausted, head off to bed with the knowledge that we are, indeed, the perfect parents.

We will no longer have to plan costumes because Benson will have been invited to a friend’s house where the teens pretend to be too cool for costumes. We will kind of watch a show, jumping up every now and then for the neighborhood kids, hitting pause on our movie just long enough to greet them and give them the candy we selected to be “good enough,” but not so amazing as to encourage a return visit from the little darlings who we suspect don’t even live in our neighborhood.

Level Three — many years away.

We transition to my mom and Paul’s Halloween-ninja level and leave the house lights off — not to make the house scarier, but to discourage anyone from knocking on the door. At about 4:30, we will grab some candy, sneak out the back, and head to our grandkids’ houses (hopefully only blocks away) where our darling little princess Jessie and adorable Baby-Yoda Mattie will be getting ready to walk through the freezing cold to the houses in their own neighborhood with their own parents.

We will enjoy the kids for a few minutes, take a lot of pictures and then head home where our porch might or might not have a single pumpkin on it as a nod to the holiday. We’ll keep the lights off as we station a bowl of candy just inside the front door — in case the absence of lights and/or decorations isn’t a big enough hint. 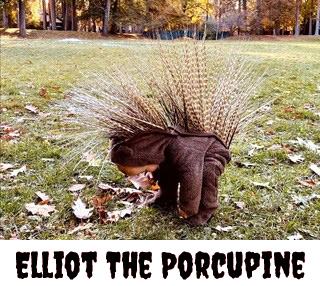 Then we’ll pop some popcorn, grab our hot cocoa and head triumphantly to the den and our big-screen TV to enjoy a mostly uninterrupted scary movie! (Level Three, you are so cool.)

Seriously, no matter what level fits your current lifestyle, I, as a real estate expert, suggest that when you are looking for a new home, you consider a house that will eventually work for Level Three — a home in which you can watch a scary movie on Halloween and no one will even know you are home!

Take a look and feel free to print out my SPOOKY list below. 🎃

Crawl 2019 Hurricane, alligators in the basement. Need I say more?

Misery 1990 Kathy Bates won an Oscar for this one. (Stephen King)

*The Invisible Man 2020 Elizabeth Moss of The Handmaiden

*Dial M for Murder When I was a kid, I loved to watch this with my mom, but it’s probably not as kid friendly as Mom thought it was.

Duel Man against Mack truck (better than it sounds). (Spielberg)

The Girl with all the Gifts 2016 From the scary book!

*Shaun of the Dead 2004 If you love Simon Pegg, you’ll love this hilarious movie.

*Train to Busan 2016 Subtitles so you can’t take your eyes off the screen!From Outer Space:

The Thing 1982 Kurt Russell in Antarctica

Invasion of the Body Snatchers 1978 Donald Sutherland AND Leonard Nimoy

ET — Extra-Terrestrial Watch it with a bag of Reeses Pieces nearby. (Spielberg)

The House with the Clock in its Walls From the kids’ book. Stars Jack Black.

The Wizard of Oz (Flying monkeys, witches, the whole vibe)

The movies with an * are faves! Enjoy! 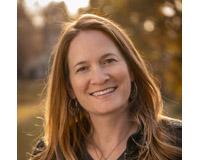 Hi! I am the broker/owner of EvoReal and have been actively working in real estate for over 17 years. My greatest love in life is my family, not only my husband Matt and our three children, Ethan, Br....

See pricing, availability, and more photos here!Come check out this beautiful Spokane Valley split level home in a very convenient location at the end of a cul-da-sac. This home boasts 5

See inside & More Photos Here!Just minutes away from the bustling Garland District, this rare, two story-two bedroom-two bath home has everything you've been looking for! Sunshine beams into this

By registering, you agree to our terms of use and that real estate professionals from EvoReal Spokane's Real Estate Experts and lenders may call/text you about your inquiry, which may involve use of automated means and prerecorded/artificial voices. Message frequency varies. Text HELP for help or STOP to cancel. You don't need to consent as a condition of buying any property, goods or services. Messages/data rates may apply. Additional information about data use is in our privacy policy.